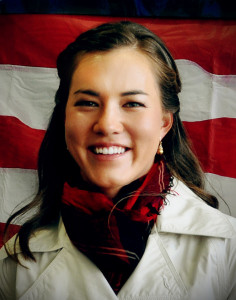 5’8”…Started playing golf at the age of 8…Credits parents as the individuals most influencing her career…Hobbies include watching movies, reading books, rock climbing, jet skiing, billiards, working out a

nd listening to music…Qualified for the Tour by finishing first on the 2008 Duramed FUTURES Tour season-ending money list.

Career
-In 2011, best finish was a tie for fifth at the Safeway Classic Presented by Coca-Cola; Competed on her first U.S. Solheim Cup Team as a captain’s pick with a 1-1-0 record.

-In 2010, best finish was a career-best second at the LPGA Hana Bank Championship Presented by SK telecom

-In 2009, recorded a tie for fifth at the LPGA Corning Classic, where she carded a career-low 63 in the third round; recorded her second career hole-in-one as a professional during the opening round of the Hana Bank – KOLON Championship, where she tied for 15th; finished the season first in driving average (272.5).

Amateur
Hurst was consistently one of the nation’s best amateurs. She was a two-time Florida Junior Tour Player of the Year (2006-07) and also qualified for the U.S. Women’s Open in both years. She was a member of the 2006 United States Junior Ryder Cup Team, earning two points, to help the U.S. squad half the contest 6-6. Hurst won three times on the American Junior Golf Association (AJGA) circuit, including the 2007 PING Invitational. Her successful performances earned her berths on the 2007 U.S. PING Junior Solheim Cup Team and Canon Cup, representing the East Team. She was also the top-ranked amateur in the 2007 Polo Golf Rankings and was named the 2007 AJGA Player of the Year.